So this is the end of my last week in Granada! Tomorrow, I leave with one of the groups to Matagalpa to get them situated in their hospital and then on to Somoto to visit the group there. After that, I will travel around between hospitals for 2.5 weeks before stopping in La Trinidad to work in a hospital for 2 weeks. This final week of classes has been great!

We worked on a bunch of equipment from a veterinarian clinic in Granada in lab which was good practice for all of the students. It was really weird walking into the clinic to collect the equipment because there were about 10 stray dogs in the process of being neutered or post-surgery just sitting there drugged out. 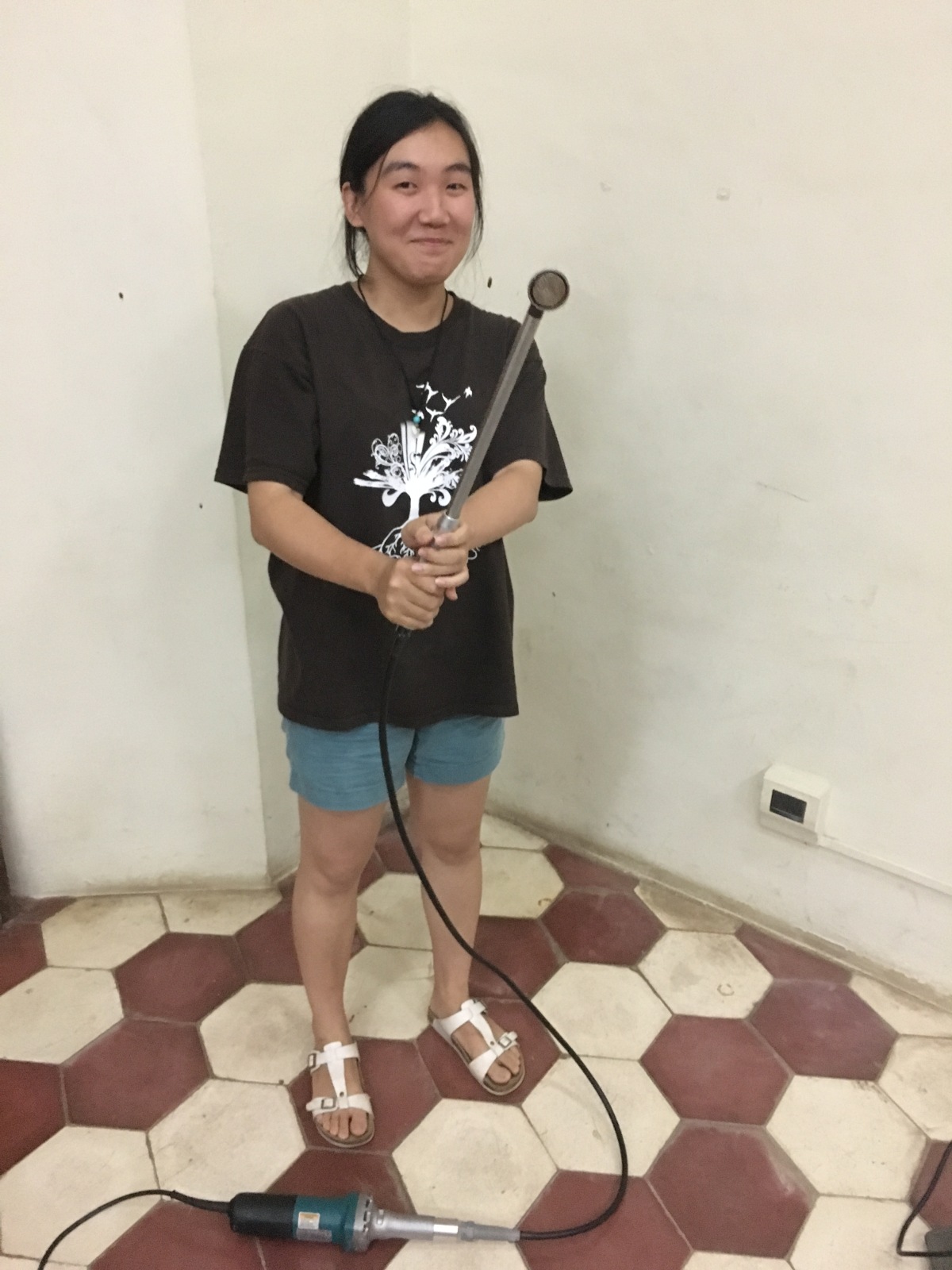 The English classes Whitney and Danni have been teaching for ~2 weeks after Lab. I went twice and was super tired. I’m not sure how they found the time/energy but it was really cool. They had a pizza party for the last day of classes. It’s easy to take for granted how important English is for the rest of the world.

I finally decided to take a carriage tour that Granada is famous for. Was interesting learning new things and great practice for my Spanish. 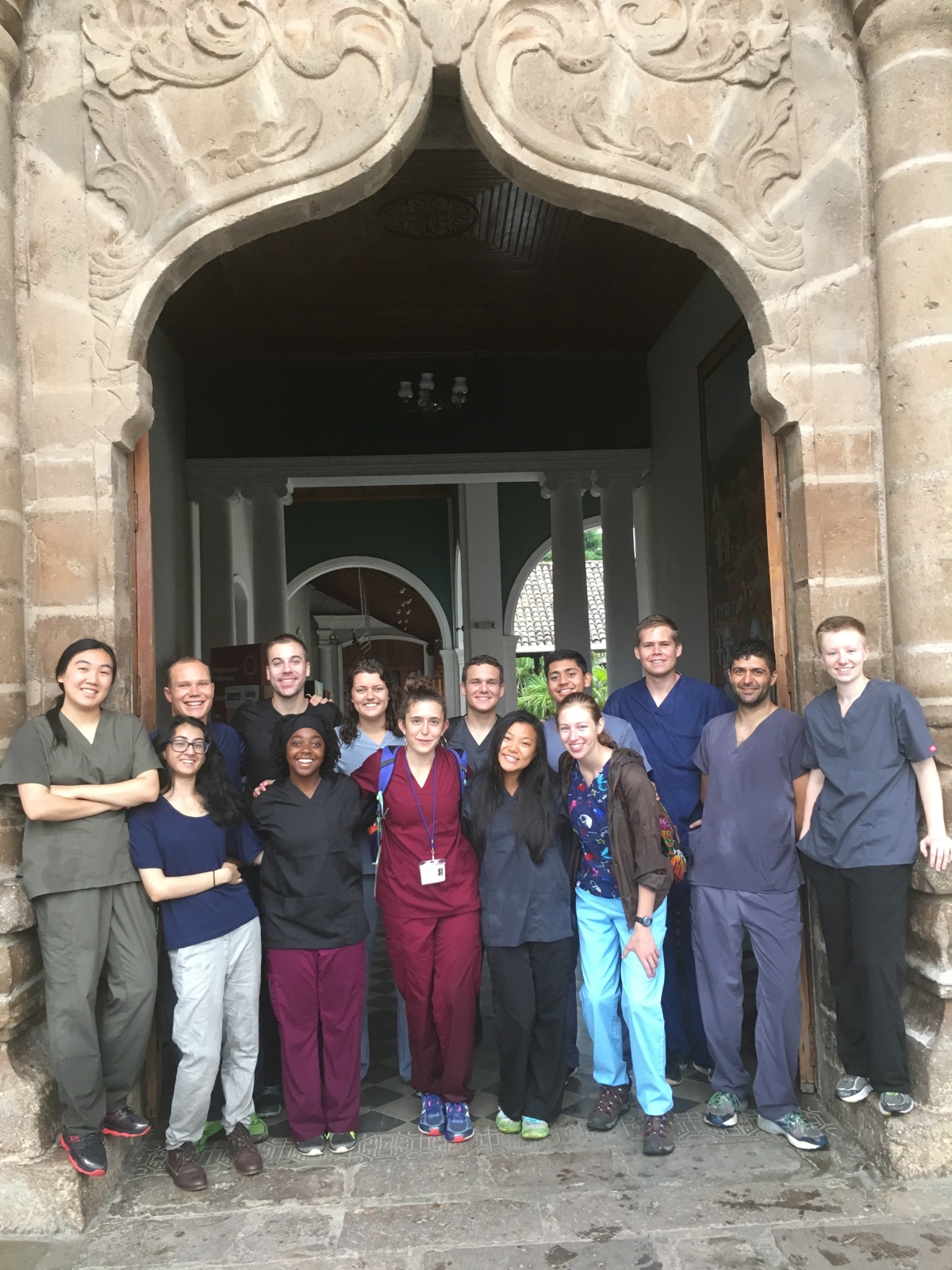 And the group getting ready to go to two different hospitals on Friday. I was going to lead the group to Masaya (more on that later…)

So I don’t have a lot of pictures from the hospital in Masaya because once we got there Kevin and I were asked to go to the directing doctor’s house and take a look at a lot of donated equipment that is being stored there (for safety from theft apparently). Here is an aspirator we had just cracked open to work on (and when I got back was fixed).

His guest room is where the donated stuff was being stored.

Some of what was donated was seriously broken and often had labels from the people that donated it saying “broken.” It is really frustrating running into this sort of thing that is doing more harm that good.

But thankfully a lot of the devices were salvageable and ready to be sent to the hospital. There were a lot of AEDs and one really nice patient monitor that was a really simple fix. A bolt was loose underneath a dial button that made it impossible to select options but after that it worked ok. This is the pile of things we tested and found working or were able to fix. Amazingly, there were a lot of consumables like bandages, EKG paper and pads, etc. which we really don’t see a lot of in the hospitals.

Looks good to me… 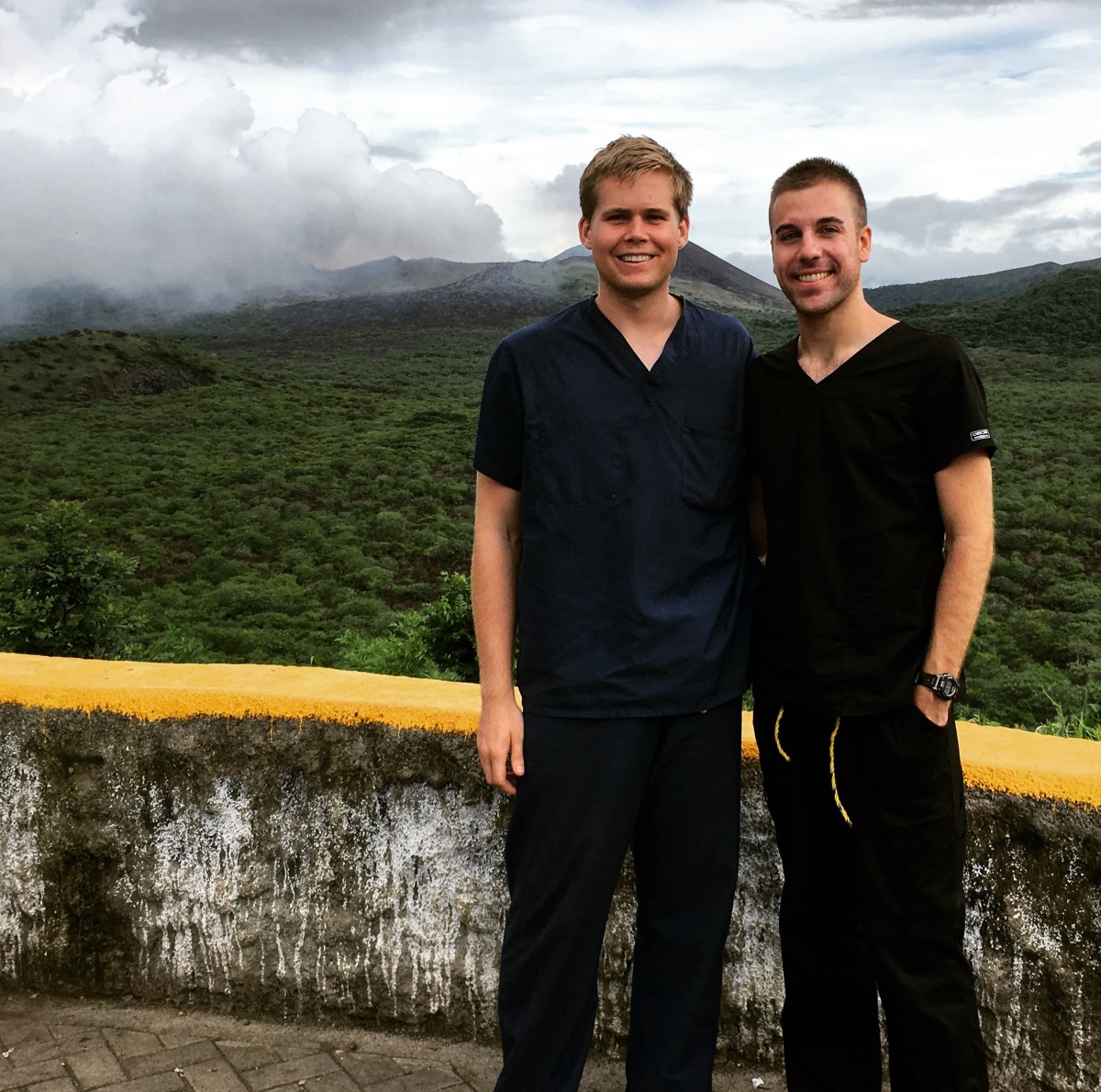 The ride back was a series of Tuk-Tuks and Pickup Trucks (theres a song in there somewhere) and we got a driver to stop for this really nice view of Mombacho.

All in all Friday was a good day. I felt like working on the donated equipment was equally or more useful than working on devices in service in hospital wards. (And I guess it was good practice for the students that stayed to be on their own because that’s going to be their life for the next month! 🙂 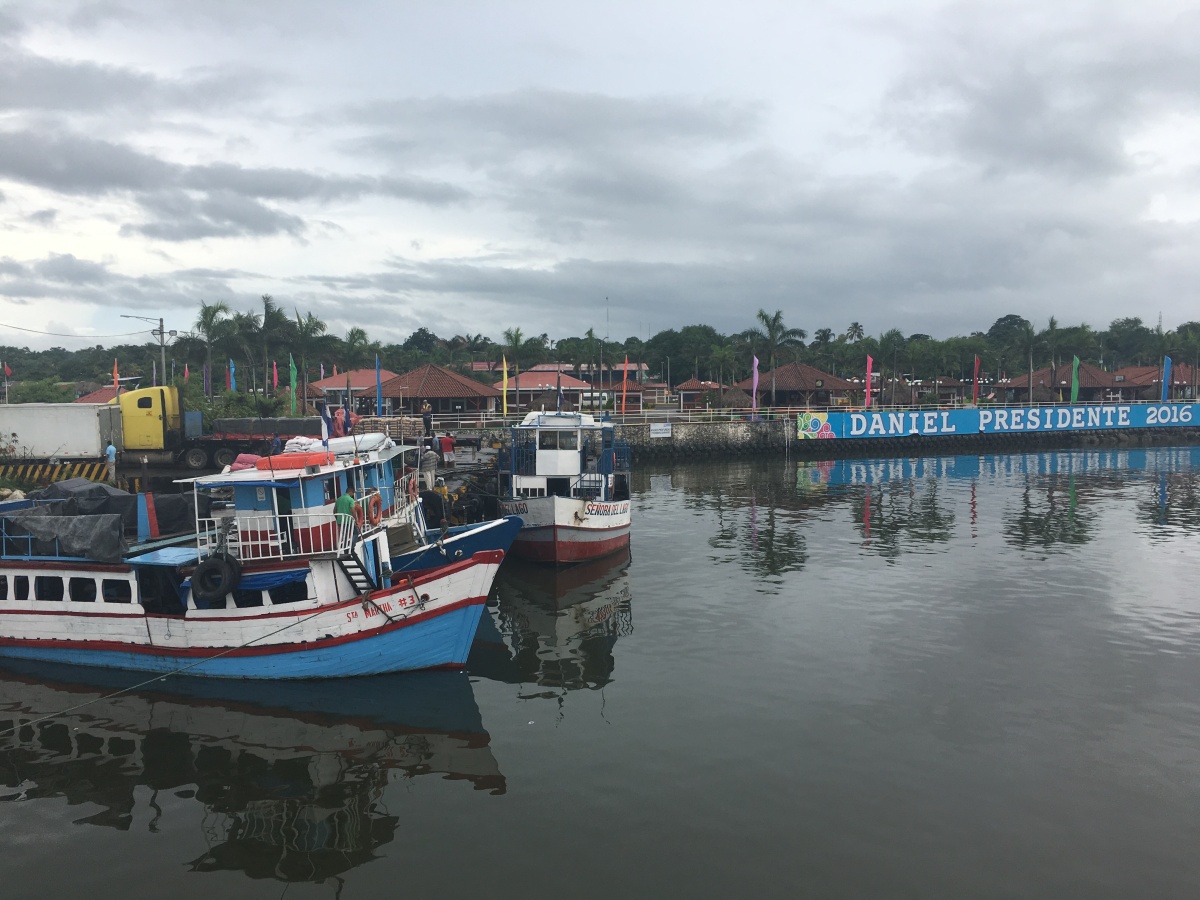 And then for the weekend we hopped on a ferry to go to the volcanic island: Ometepe. 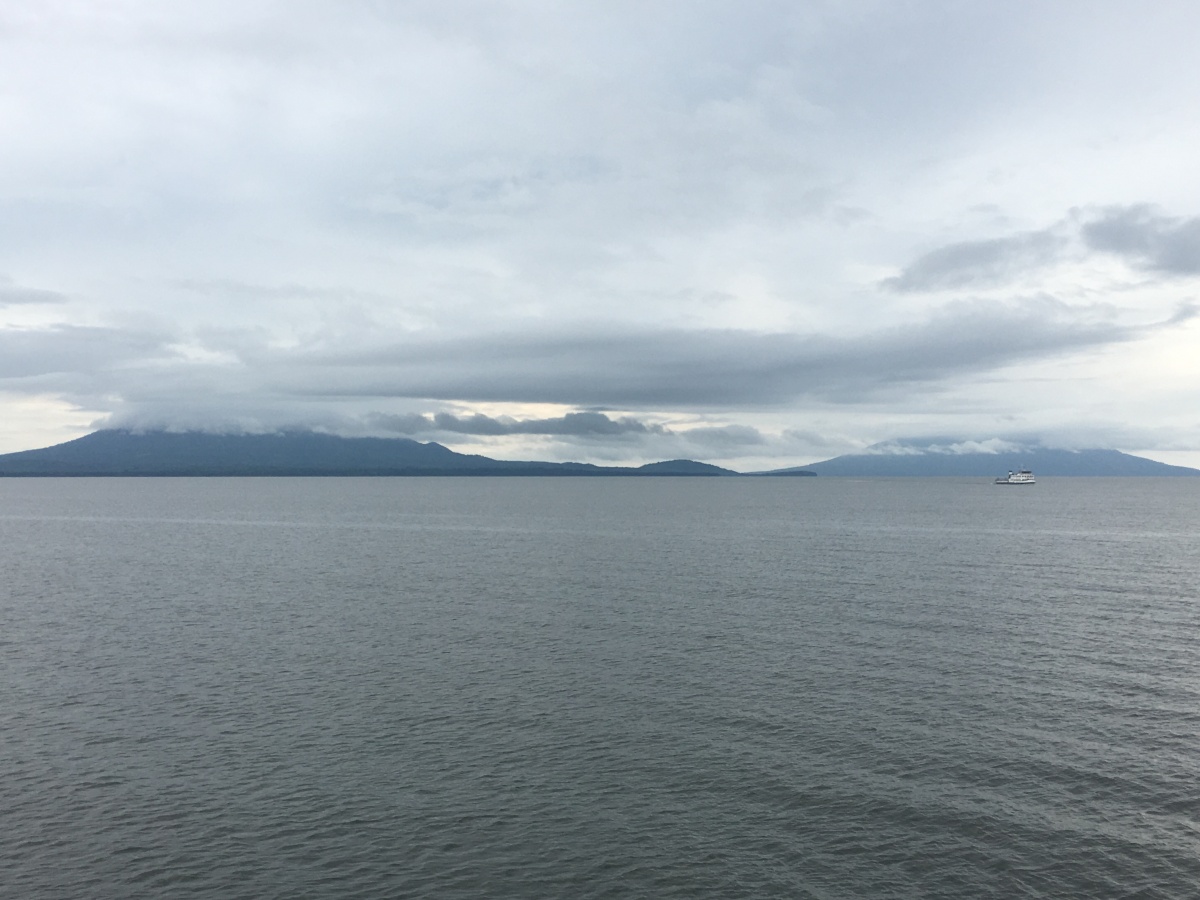 We stayed at a really cool hostel called Finca Mystica (Mystic Farm) that was a magical place. There were monkeys and butterflies and hammocks all over the place and a ton of great views. The first day I did a 5 hour hike to this waterfall.

And the next day I did an 8 hour hike to the top of the volcano Maderas. 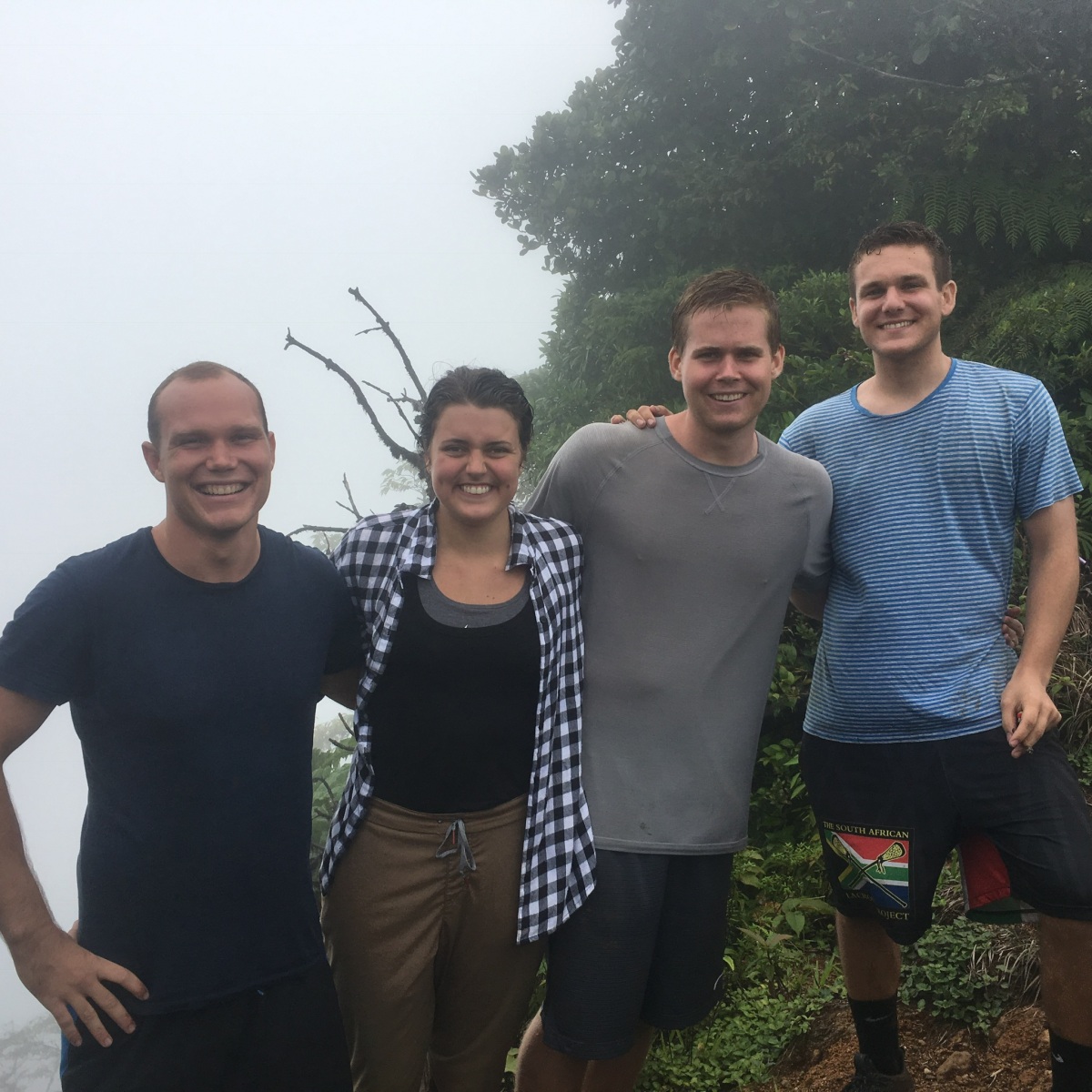 And was sort of disappointed with the view of the inside of a cloud because it was a really challenging hike. I still had a lot of fun though because the group was great and we were joking around a lot on the hike and we smoked cigars at the top (which was a joke in its own way). Also, I won the falling down competition with only two falls on the way down…

Thanks for reading! I’m not sure how much time I will have to update the blog for the next 2 weeks without a permanent residence but I will try. 🙂